I have a few hankies saved from my grandmother and decided to turn them into something useful. I think these would make the sweetest Mother’s Day Gifts.

No worries if you don’t have handkerchiefs. Antique stores usually have a great selection for about .50 cents to $2.00 each. 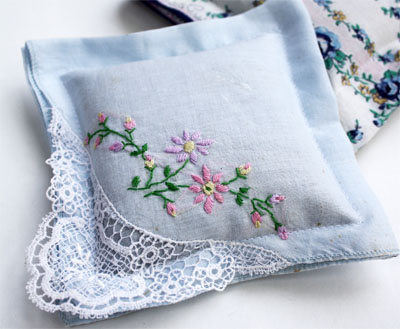 Take one handkerchief and lay it out flat. 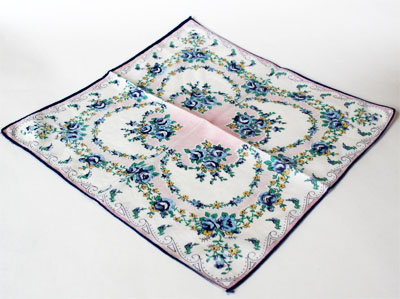 Fold the handkerchief in half and then half again. Line up all edges and press.

The handkerchief could have been cut, but I just couldn’t bear to cut into the hankies. I also liked the sachets thicker and didn’t want to have to finish raw edges. 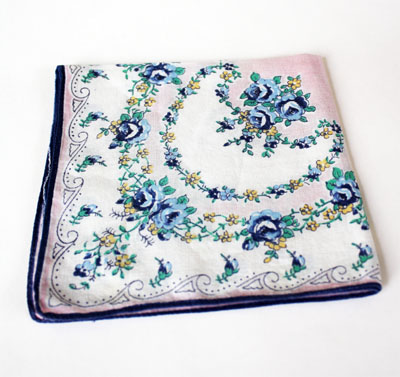 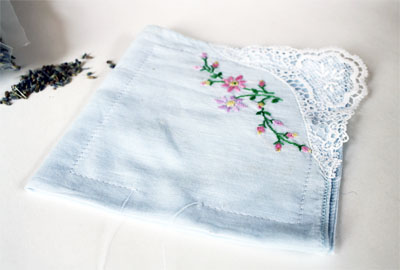 Fill handkerchief with dried lavender (I found mine at Save On Crafts). A funnel makes this go quickly.  If you don’t have a small plastic funnel a piece of paper rolled into a cone works also. Don’t overfill as it will make it harder to sew sachet closed. 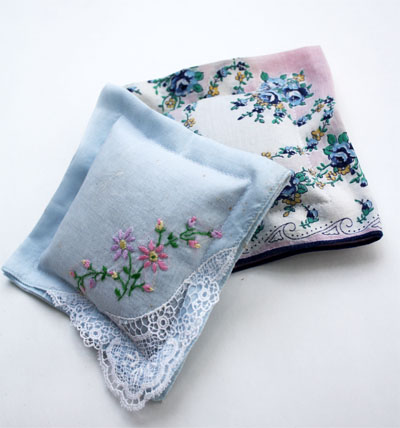 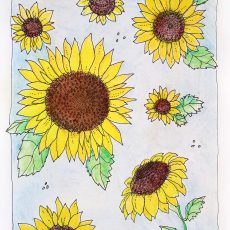 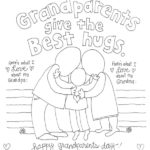 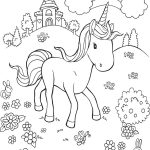 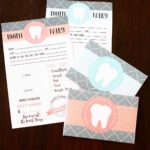 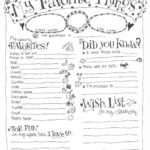 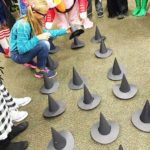 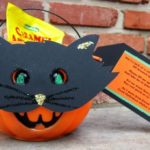 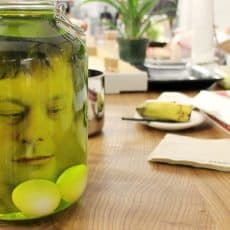 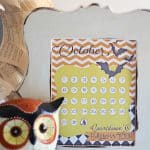 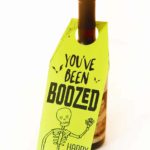