In honor of Dr. Seuss Birthday today  we made some “Thing” pencils.  When I was little I think they were called ‘Worry Pencils.’ 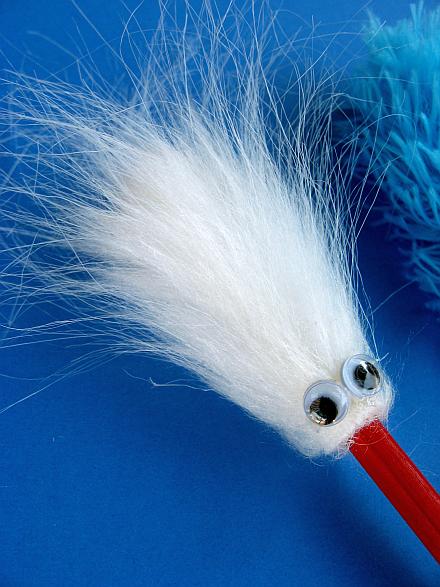 Do you remember them and what they were called?  You smooth out the hair and then you quickly roll the pencil between your hands and the hair flairs out.

I thought they would be perfect to go along with the ‘Thing’ in the Dr. Seuss book

I looked everywhere for blue fur and the best I could do was this scarf from the $$ store. I easily found the white fur at JoAnn’s. 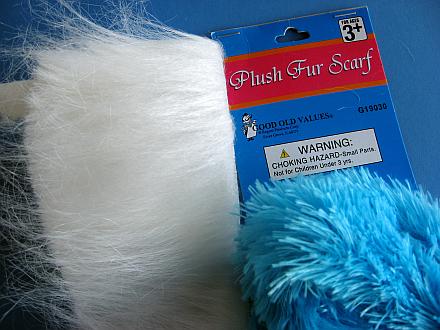 I cut a piece of fur about 2″ X 4″.  When cutting make sure you only cut the back of the fabric, this will allow the fur to remain long. Using a low temp glue gun (so kids can help with supervision) hot glue the fur to the pencil. 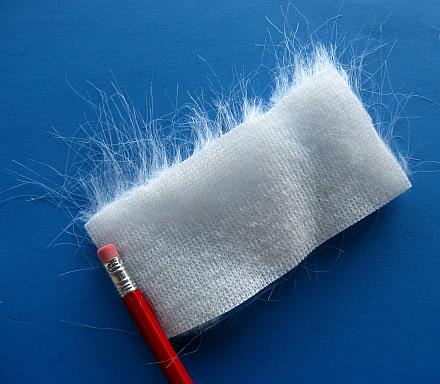 Roll the fur around the pencil and fasten off at the bottom with a dot of hot glue.  Next add some wiggly eyes and the ‘Thing’ is finished! 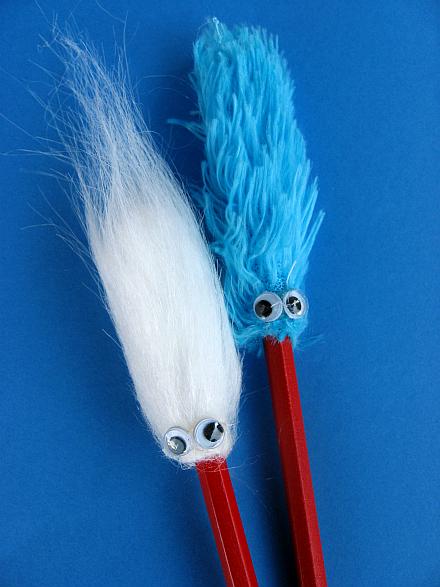 Roll quickly between your hands to give the ‘Thing’ a wild do! 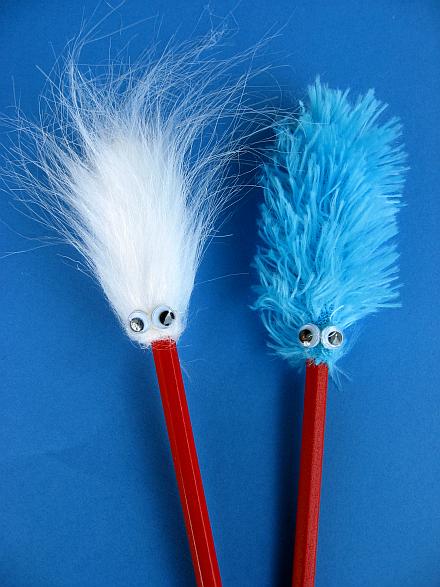 If you would like a sweet treat to celebrate. Becky H. sent me these pictures of the Cat in the Hat cupcakes.  She said, “I used a mini cupcake for the head, but you could also use a doughnut hole.  The had is a marshmallow glued on with frosting.  The eyes and nose are M&M’s.  The whiskers and hat stripes are just frosting that I tinted and piped on.  The original called for twizler type candy, but I had a hard time getting it to curl around the hat and stay there even with gobs of frosting, so the piping was much easier for me.” 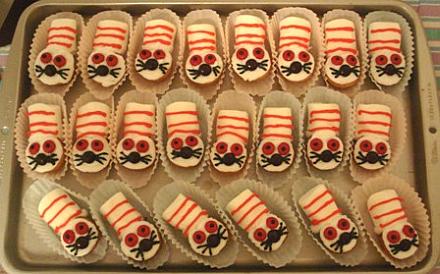 Don’t forget to whip up some Oobleck and make a cool Cat in the Hat hat!
Previous Post: « Camera Strap Giveaway
Next Post: Free Shipping » 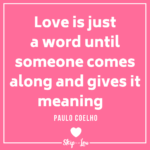 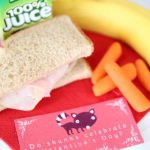 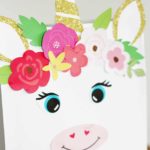 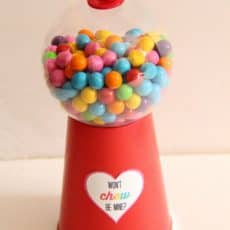 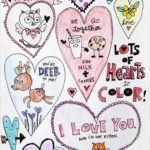