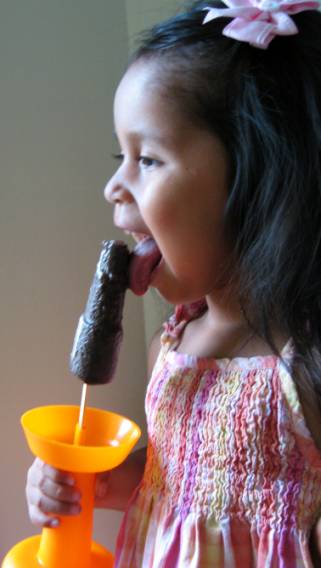 It is hot hot hot here! We are craving anything cold! My kids would be satisfied with a regular popsicle but mom is missing those old Jello Pudding pops.  What happened to those? I loved them! So after four recipe trials—-soy milk versus regular milk and with and without the addition of Cool-Whip these were our favorite!

Mix  together and fill popsicle molds. Freeze.  They are not as firm as a juice popsicle so it helps to release them by running the molds under hot water.  First I must say that these are good but don’t taste like like the real thing. The addition of Cool-Whip did make the popsicles smoother but they are just not as creamy and sweet as the originals.  I obviously didn’t add those extra chemicals (besides what is already in the jello and non-dairy frozen topping) and probably insane amount of corn syrup! The addition of Cool-Whip gave the popsicles a  good flavor but we were not able to easily remove the popsicles from the molds ***UPDATE I don’t think we had frozen the ones with Cool-Whip long enough. After about 24 hours in the freezer they were great and could be easily removed from the mold by running them under hot water.****

We drink soy milk around here but it just didn’t work for us in the popsicles.  The soy milk gave them a slightly funny taste and also made them have more ice crystals. Next time I would save a whole lot of time and effort by putting a popsicle stick into a pre-made pudding cup and freezing.

Now that we have  popsicles, I want to show you the coolest invention, the Dripstick. 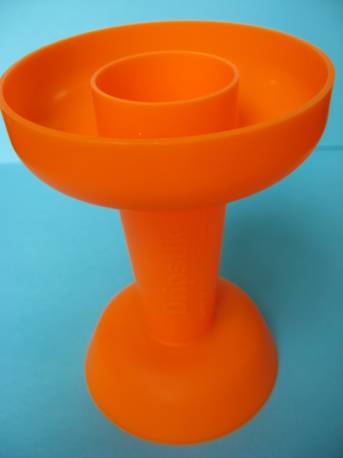 This clever thing really works! One side fits a popsicle and the other an ice cream cone. All the drips and messes are caught in the lip of the holder—-ingenious! My three year old really likes this thing (and I saw a much older boy,  I won’t mention his name, using it). It makes it really easy for little hands to hold the popsicle or ice cream cone. I would think this would also be incredibly helpful for an elderly person or someone with a disability. If you would like to buy some you can find them here

Mecinna Price, mom inventor, wants one of you to try out Dripsticks.  Leave a comment before midnight on July 31, 2008 for a chance to win a free Dripstick gift set.  This includes 4 Dripstiks, 1 plastic ice cream scoop and Children’s Make Your Own Ice Cream recipe, all packages in a fun box. (Sorry only U.S. shipping for this giveaway)

If you have a favorite popsicle recipe, I would love to hear about it (and since I just made my chemical pops I would especially like knowing some healthier recipes).  You may leave recipes in your comments so everybody can see! 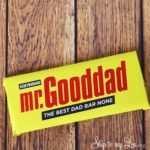 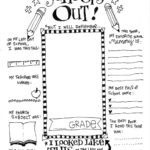 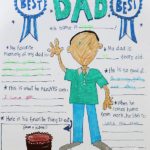 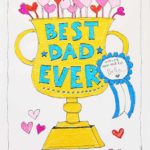 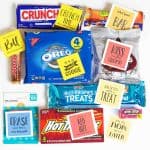 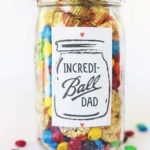 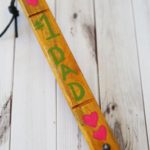 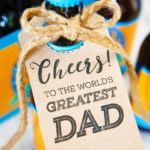