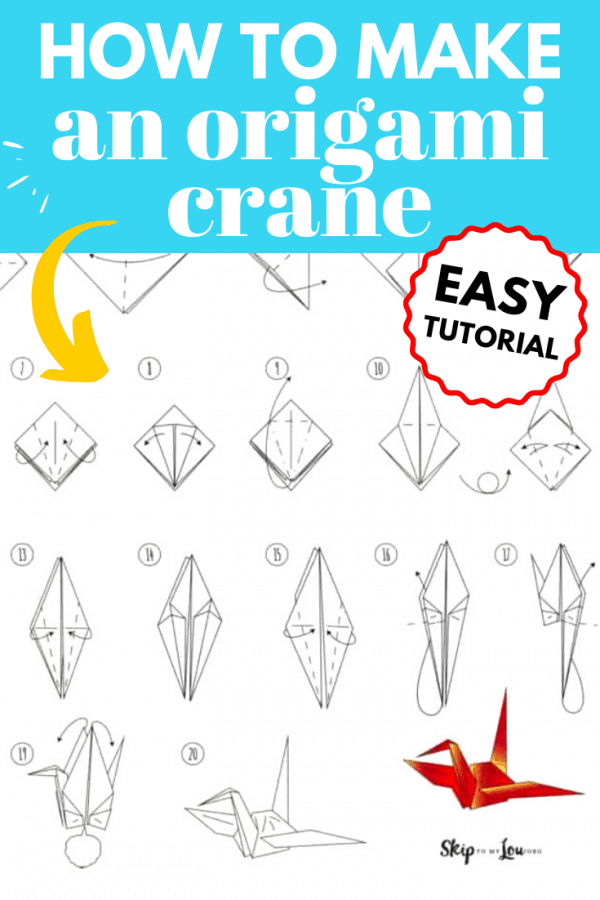 Origami cranes are the most iconic creations of the Japanese art of paper folding. They’re also beautiful, fun, and easy to make with a little practice – even for beginners.

Paper folding is a fun activity. Try making an origami heart or an origami Mayflower boat. 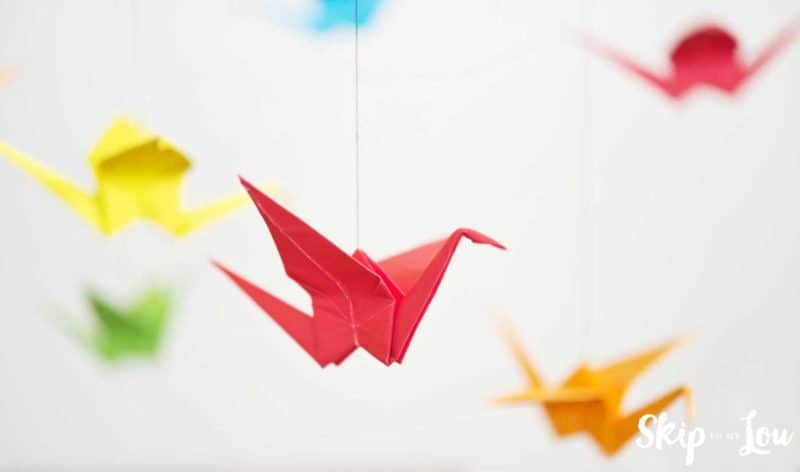 How to make an origami crane

What is the origin of origami cranes?

People have been making variations of the origami crane for thousands of years in Japan. The paper crane is called an orizuru, which simply means “folded crane.” 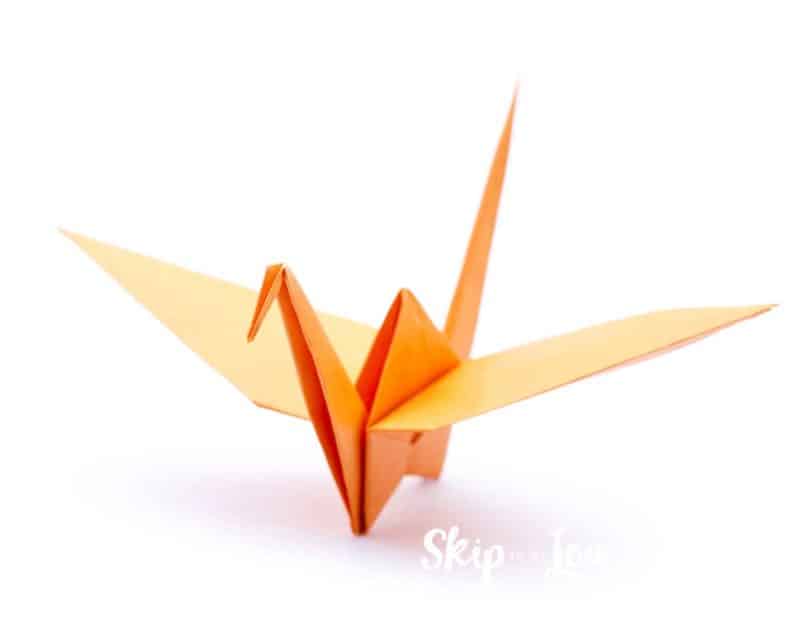 Cranes are important in Japanese legends. The red-crowned crane was known as the “Honorable Lord Crane,” and said to live 1,000 years. In one legend, cranes carry souls up to heaven on their long wings.

Cranes are associated with success, good fortune and peace, which is why people make origami versions of the birds to hang in their homes and give as gifts to loved ones recovering from illness. 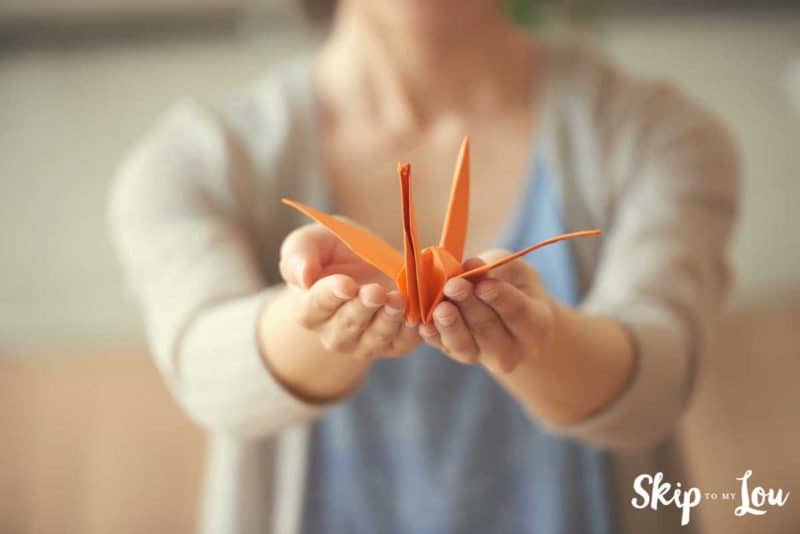 According to Japanese legend, if you make a wish, then fold 1,000 origami cranes – one for each year of the crane’s life – the gods will grant it!

Legend had it that your wish would come true only if you folded all the cranes yourself, did it over the course of a single year, and kept them all together.

Made in batches of 1,000, origami cranes are strung together in a decoration called a senbazuru. Senbazurus are typically made up of 25 strings with 40 cranes each. 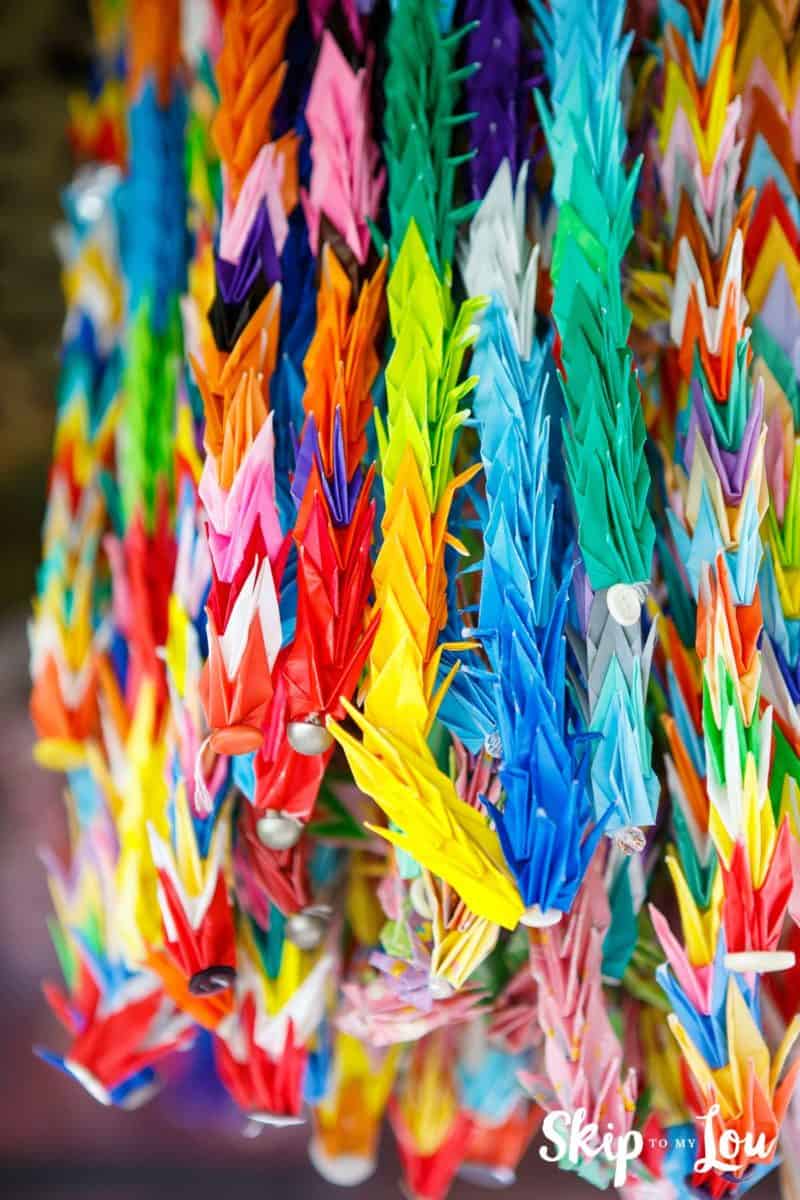 The making of 1,000 origami cranes was popularized by the 1977 novel “Sadako and the Thousand Paper Cranes,” by Eleanor Coerr. The story was based on the real life of Sadako Sasaki, a little girl who developed leukemia from radiation exposure a decade after the atomic bombing of Hiroshima in World War II.

Sadako was hospitalized in 1955, given only one year to live. As she lay in her hospital bed, she made a wish to survive. She began folding paper cranes hoping to have her wish granted according to the legend.

Sadako’s health worsened, and as she worked toward 1,000 cranes, she changed her wish to something larger than her own life: she wished for world peace. Tragically, Sadako Sasaki died at age 12, after eight months in the hospital.

In the story, Sadako did not reach her goal of 1,000 cranes, but her classmates completed her task and laid a beautiful wreath of origami birds at her grave. In real life, Sadako Sasaki is memorialized with a statue at Hiroshima Peace Park, where thousands of senbazuru wreaths are draped over her monument every year. 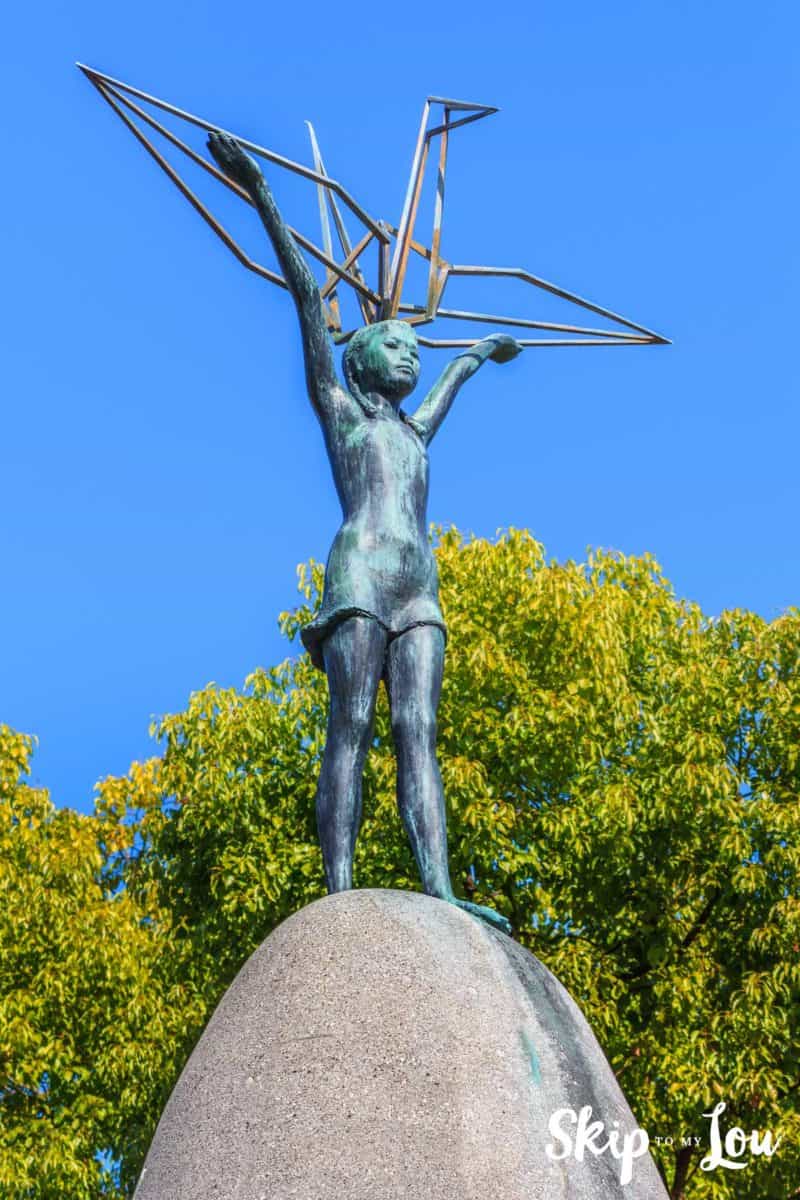 How to fold an origami crane

Here are printable step by step instructions for how to make an origami crane and also a helpful video. 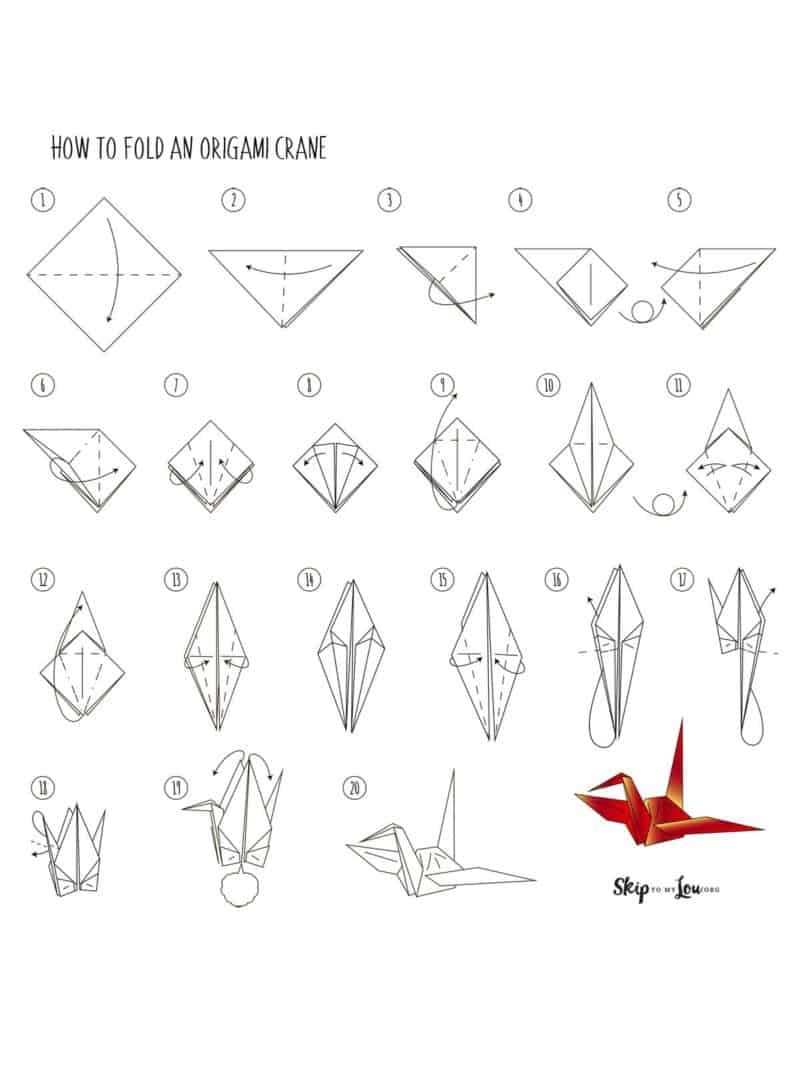 Follow along and learn how to make a paper crane with the step-by-step origami crane instruction video below. All you need is a square piece of paper, in a bright color or pattern if you’d like. The paper doesn’t have to be special origami paper, but it needs to be a square.

Now you know how to make an origami swan!

This tutorial is so fun. Make more origami animals or try one of these amazing origami flowers. 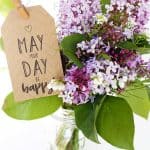 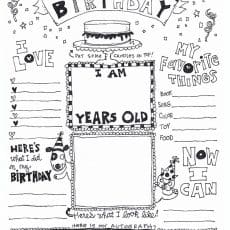 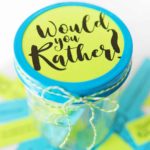 The BEST Would You Rather Questions {FREE Printable} 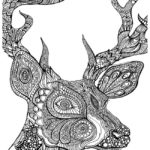 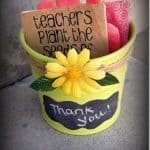 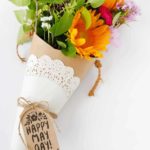 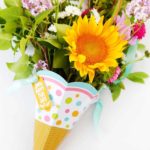 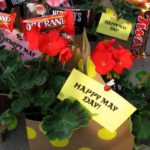 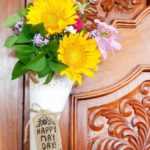